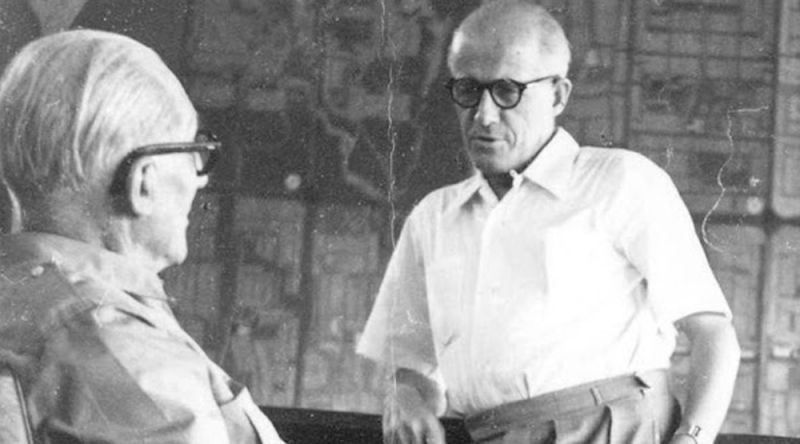 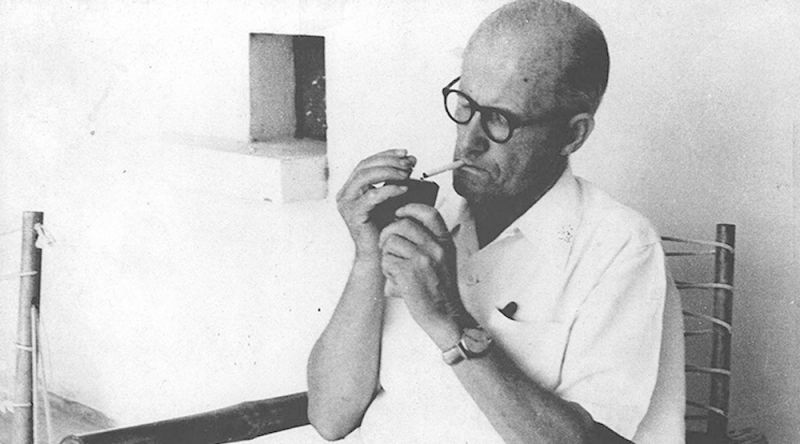 Swiss-born Pierre Jeanneret was an architect and furniture designer. For many years he was a partner of his famous cousin Le Corbusier. Together they opened an architecture firm in 1923 in Paris, Jeanneret was involved in many of the firm's designs, projects important for the development of modern architecture. In 1926 they publish their manifest «Five points of Architecture», which serves as backbone of their architectural aesthetics. The Villa Savoye (1928-1931) is the consistent implementation of the design language outlined in the manifest: the house on pillars (Pilotis), the rooftop garden, the free ground plan, the long window (window hinge) and the free facade.

At the Paris Salon d'Automne in 1929 Jeanneret presents some pieces of modern furniture from his cooperation with Le Corbusier and Charlotte Perriand, the chairs, sofas and tables known as LC1 to LC7, still being produced today. Jeannerets contribution to their partnership is considerable. Often times he designs the first drafts for plans, which he then revises and refines by and by with Le Corbusier. The joint office is dissolved in 1940. In the 1950s they work together once again in building the city of Chandigarh/India. 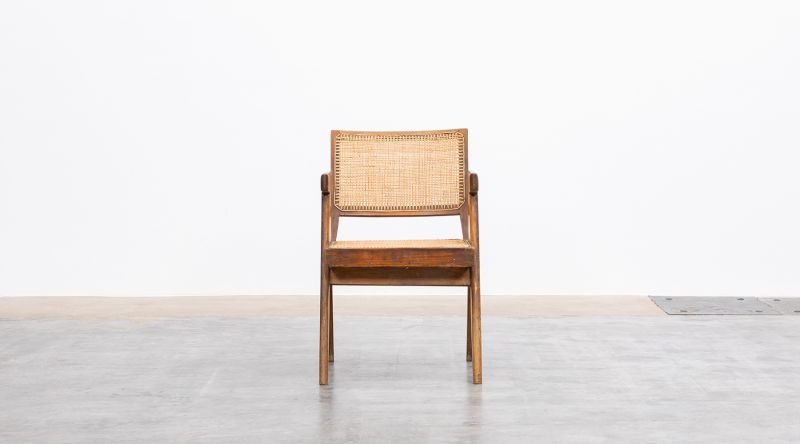 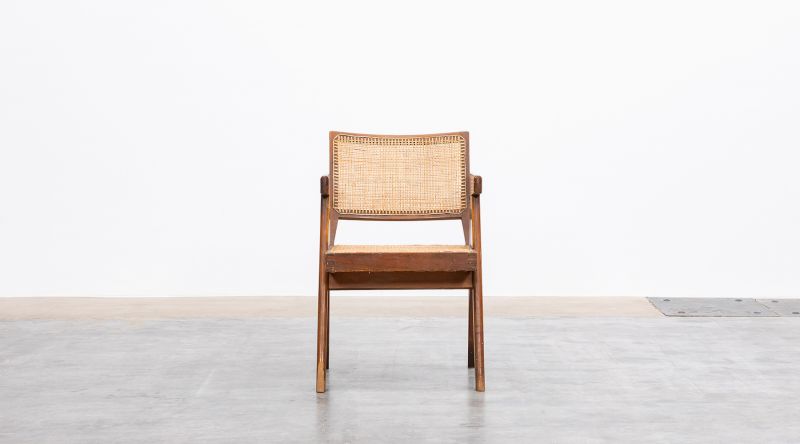 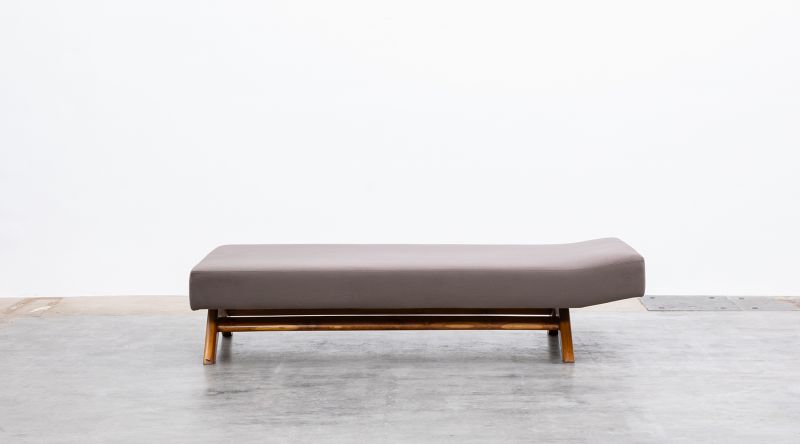 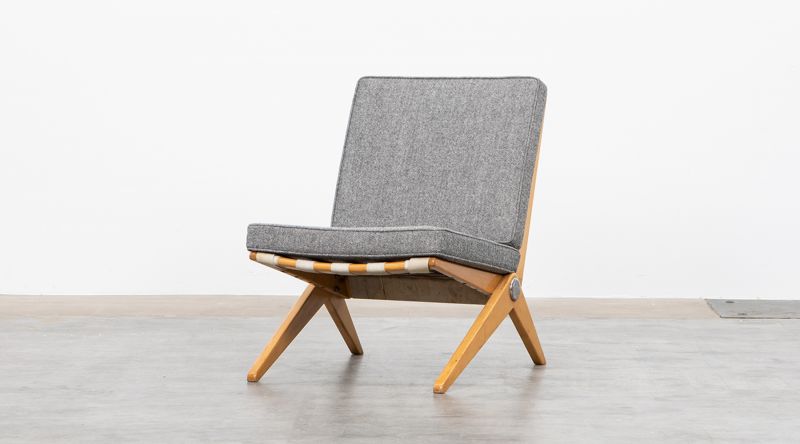 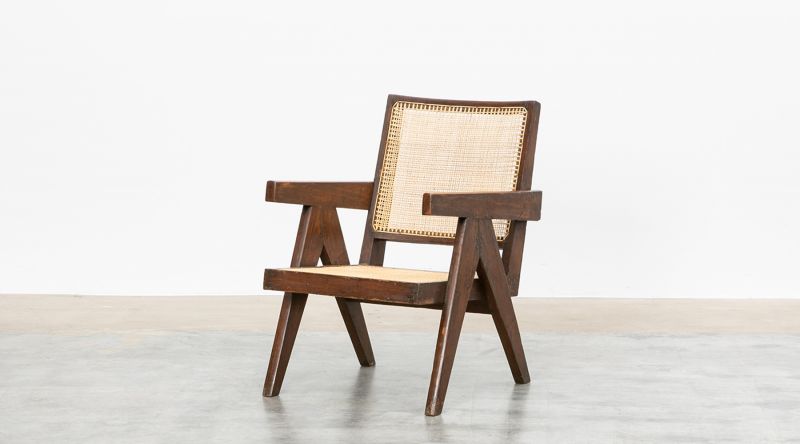 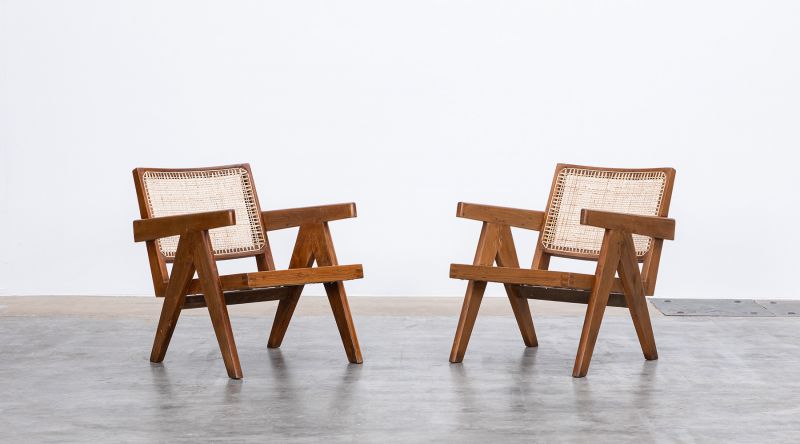