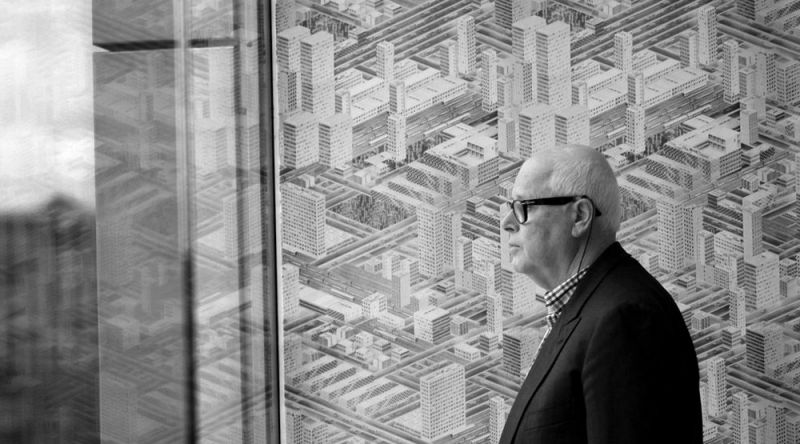 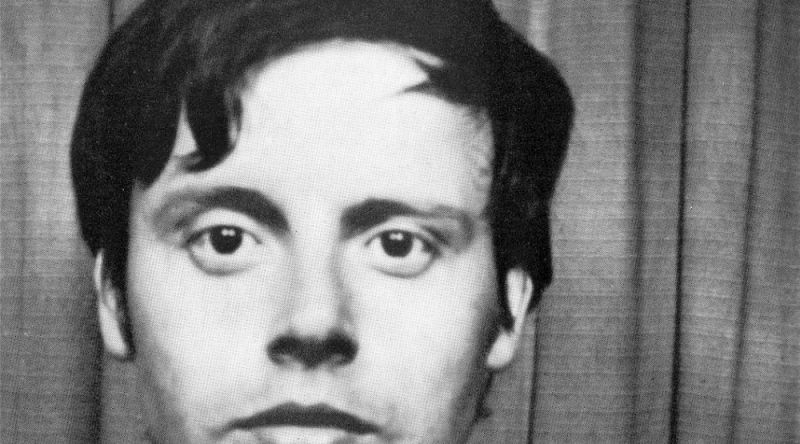 Artist Alf Bayrle's son is a German painter, graphic designer and video artist. Following a training as weaver he started his studies at the Arts and Crafts school Offenbach in 1958, from which he graduated in 1961. In 1971 he got a stipend for Villa Massimo in Rome, since 1975 Bayrle teaches at Städelschule, State Academy for Fine Arts in Frankfurt/Main.

In the early 1960s he was far more interested in literature and and commercial printing technologies than in fine arts. 1962 - 1966 he worked together with Bernhard Jäger at Gulliver-Presse on the techniques of manual typesetting, stone lithography and etchings, published artists' books and texts by Franz Mon, Ernst Jandl, H.C. Artmann or Bazon Brock among others. Bayrle's works are usually based on a graphic rationale. Coming from traditional techniques he was one of the first German artists producing  computer generated and animated art. The constitutive aesthetic element of his work is the principle of serials. Bayrle stands in the tradition of US-American artists like Andy Warhol or Roy Lichtenstein, but also the German artist Sigmar Polke, by often taking the subjects of his works from the world of consumer goods. In reflecting on a world of consuming as  accumulation of multipliable, repeatable forms and pictograms Bayrle not just delivers a commentary on society, but refers to his own artistic means.

The mechanical effect and the ratio of single element to the whole in the »superform« as defined by Bayrle is an ongoing research for the artist along with grid-like serigraphies or offset prints as well as in his objects since the 1960s. The relation of the individual elements to the »superform« is precisely defined. In such mass ornaments, which he also studies in East Asia, Bayrle finds an  aesthetic formula for the for collectivization of the individual, for the merging of the individual into society. Thus details and the whole – as for example, in Ajax (1966), a kinetic wood relief in a bottle-shaped object box or Baby (1967), made up of thousandfold stamped cow heads – are placed in close relationship as regards content. Partly the overall shape also assumes the character of the internal structure, where the multitude of pictograms and characters - similar to the text -  results in the overall shape of the image or object again, for example, a cup (Cup Cup, 1969) or a Maggi bottle (Red Square, 1982/96). The serial principle, but also the ratio of internal to external shape reflects on Bayrle's previous work with textile materials and structures created by its processing - Coats in front of a Shoe Grid (1967), Revolutionary Forces harvest Rapeseed (1968). Apart from images he also applies the grid structures to wallpaper, curtains and coats. 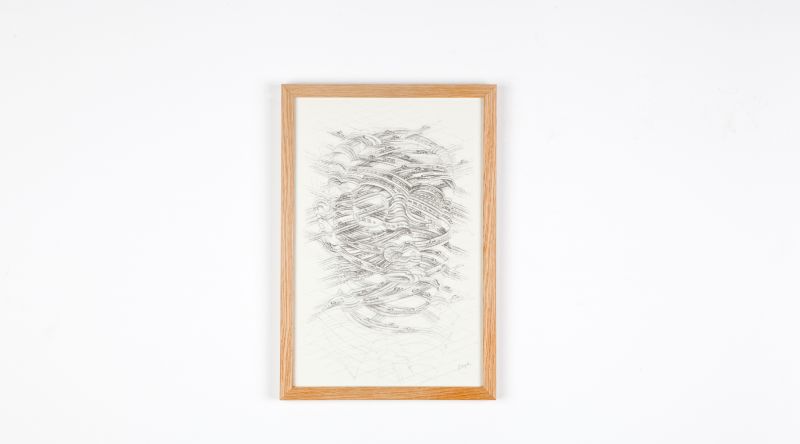 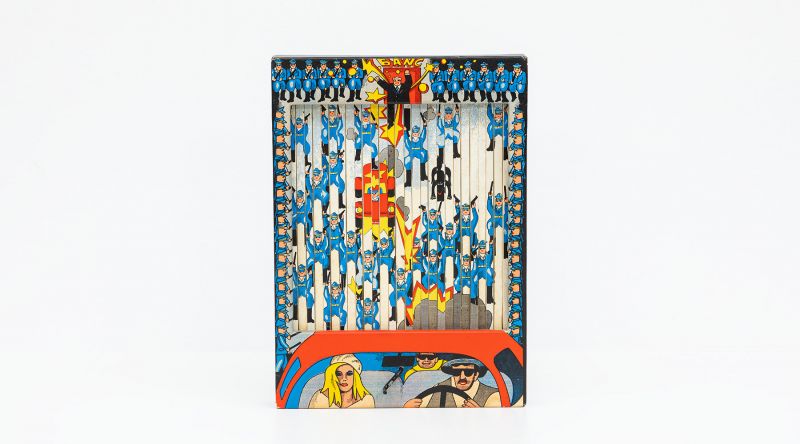 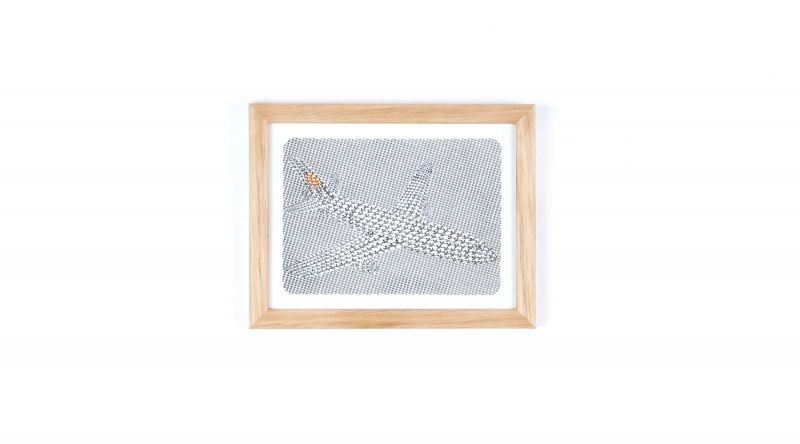 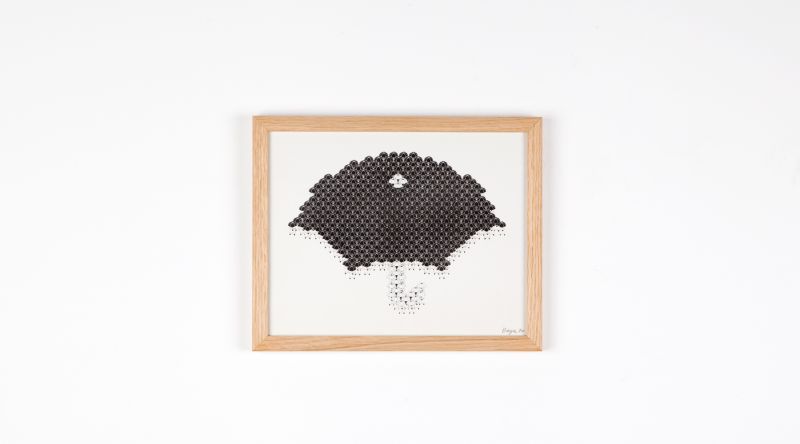 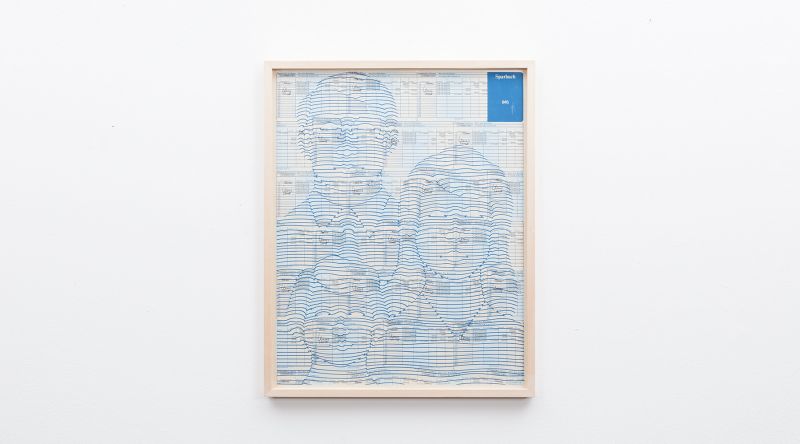 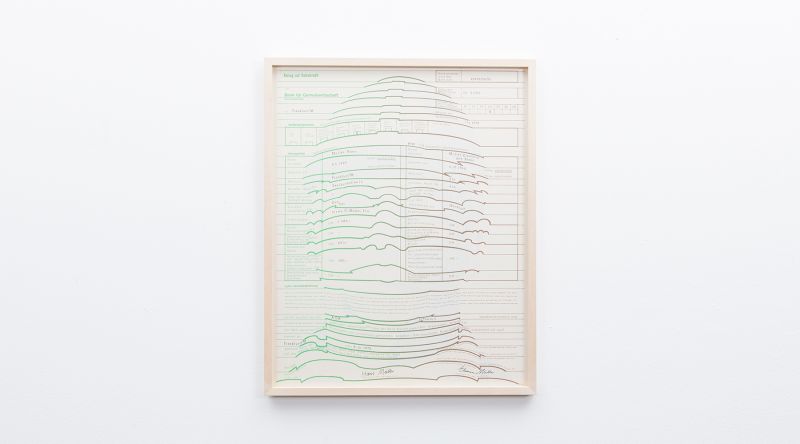