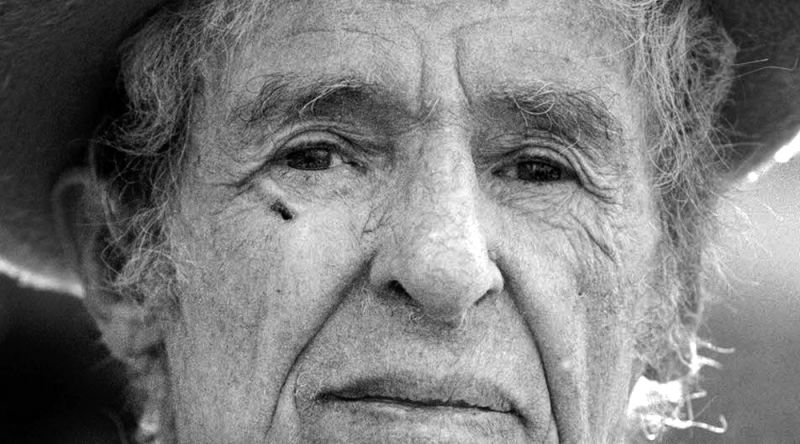 Rupprecht Geiger was a German architect, abstract painter and sculptor. He was born in 1908 as the only child of painter and graphic artist Willi Geiger in Munich. Geiger spent his childhood and youth in Munich and the Alpine foothills of Upper Bavaria. In 1924 the family spends a year in Spain, where Geiger attended the 'Colegio aleman' in Madrid. He accompanied his father traveling to the Canary Islands and Morocco. At this time he also began to draw and paint in watercolors.

1926, one year after returning from Spain, he enrolled in the architecture class of Eduard Pfeiffer at the School of Applied Arts in Munich. In 1935 Geiger passed his final exam as an architect and spent half a year with his father in Rome. Henceforth Geiger worked in a Munich architectural office until 1940, when he was sent to war in Russia. In this time he painted landscape watercolors in dark shades. In 1942 Rupprecht Geiger briefly returned to Germany and through his father's help began to work as a war painter in the Ukraine. After the war he returned to Munich. His first abstract painting is exhibited at the Paris "Salon des Réalistes Nouvelles" in 1948. A year later, together with Baumeister, Matschinsky-Denninghoff and Winter he founded the group "ZEN 49". In the fifties, Geiger found his true, characteristic style.

The future style of sixties, influenced by space research, leads Geiger to abstract and colorful compositions. In the years 1959 to 1977 Geiger repeatedly showed works at the documenta in Kassel. In 1962, he gave up his work as an architect in oder to dedicate himself solely to painting. 1965 Geiger was appointed professor at the Düsseldorf Academy; where he subsequently worked until 1976. Since 1982, Geiger is a member of the Academy of Fine Arts in Munich. In 1987 the Gasteig cultural centre in Munich ordered the sculpture "Rounded Blue". With his abstract color compositions Geiger is one of the main representatives of color field painting in Germany. Rupprecht Geiger died on December 6, 2009 in Munich.