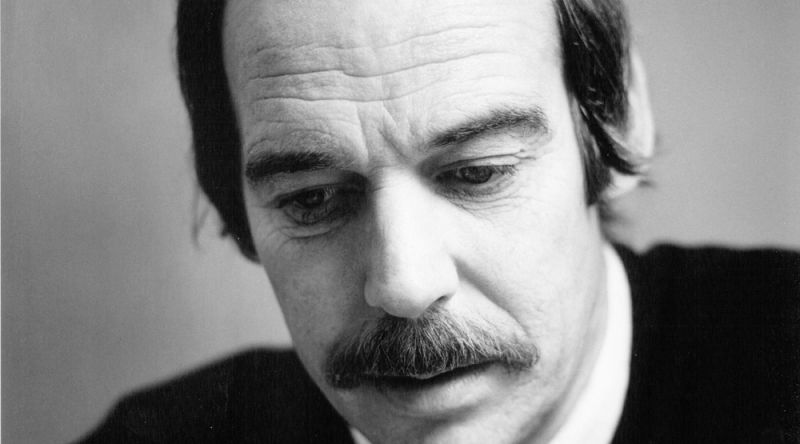 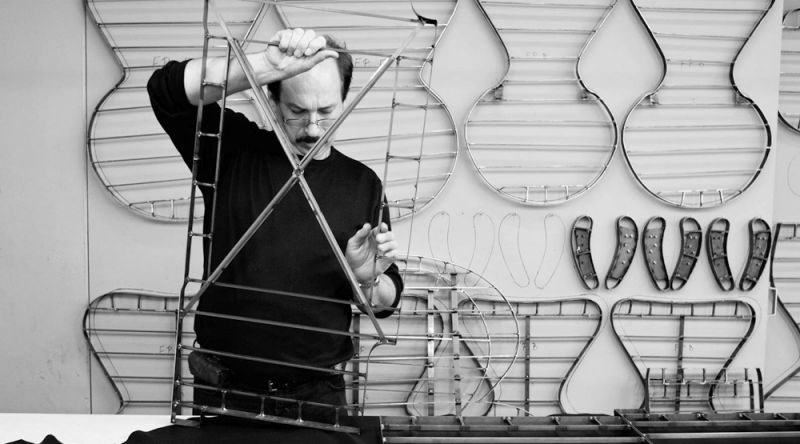 Poul Kjaerholm's designs are a blend of craftsmanship and new techniques. This can be clearly seen in his diploma work,  the chair "PK 25" (1951). The frame made of cut and chrome-plated flat steel, seat and backrest made of flag cable, wrapped and stretched around the frame. Unlike other Danish designers such as Jacobsen and Wegner he tended more to the drafts of the 20s and 30s. What mattered to him was that his furniture could be produced in series and not just as a single-unit production. Poul Kjaerholm designs for seating are committed to classical modernism. He softens their strict functionalism with lighter forms and the typical Scandinavian use of natural materials such as wood, leather and woven cane. He also considers steel a natural material, which for him has the same artistic beauty as wood. In 1952 Kjaerholm designed the chair "PK 0", a two-piece construction of molded plywood. This chair is of sculptural elegance and resulted from Poul Kjaerholm's examination of organic furniture design, like the "LCW" chair by Charles and Ray Eames seven years earlier. In 1955-56 Kjaerholm designed the light, elegant chair "PK 22", which veguely reminds of Mies van der Rohe's "Barcelona Chair". The seat is made of either leather or woven cane.The bed surface of the couch "Hammock" ("PK 24", 1965) consists of woven cane and its elongated shape recalls the "LC1" deck-chair by Le Corbusier, against which, however, it appears simpler and looks a lot lighter.

In 1961 he designed the famous folding stool "PK91", covered with either leather or canvas. In 1967 Poul Kjaerholm designs the cantilever chair "PK 20". Poul Kjaerholm's designs are manufactured by the company Fritz Hansen and E. Kold Christensen. In the 50's Poul Kjaerholm taught at the School of Applied Arts Copenhagen, in 1976 he is appointed professor at the Art Academy, which he headed until his death in 1980. 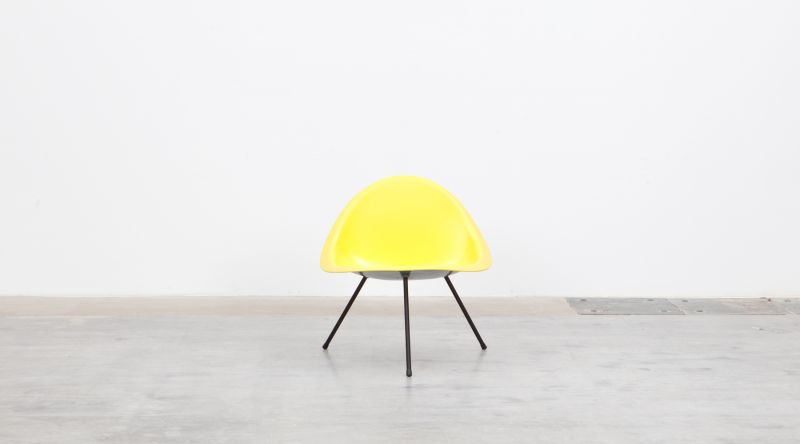 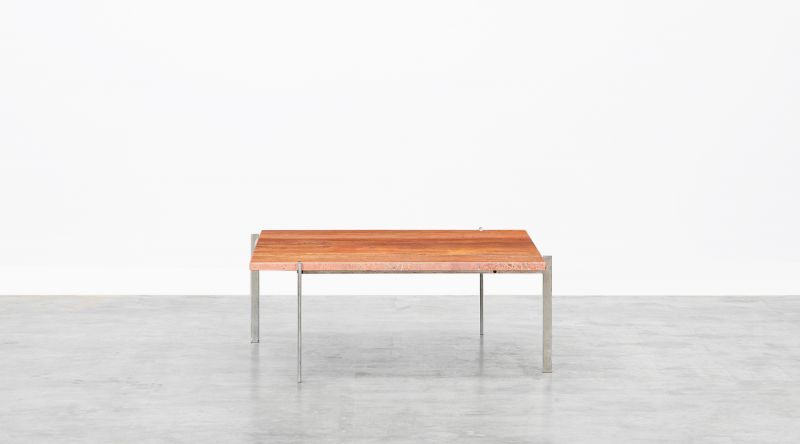 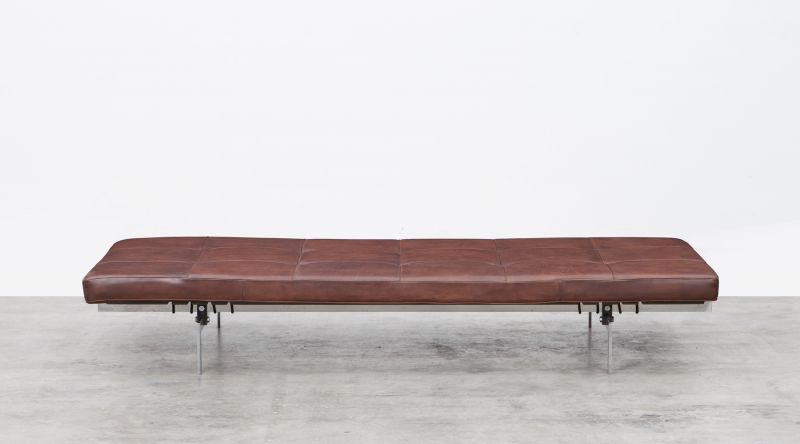 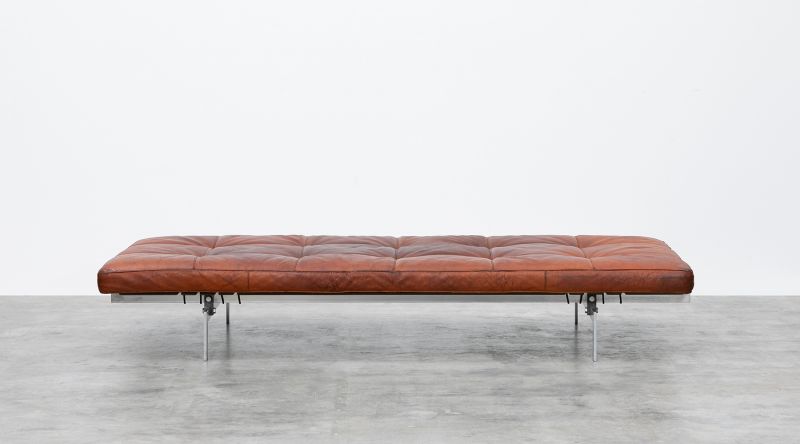 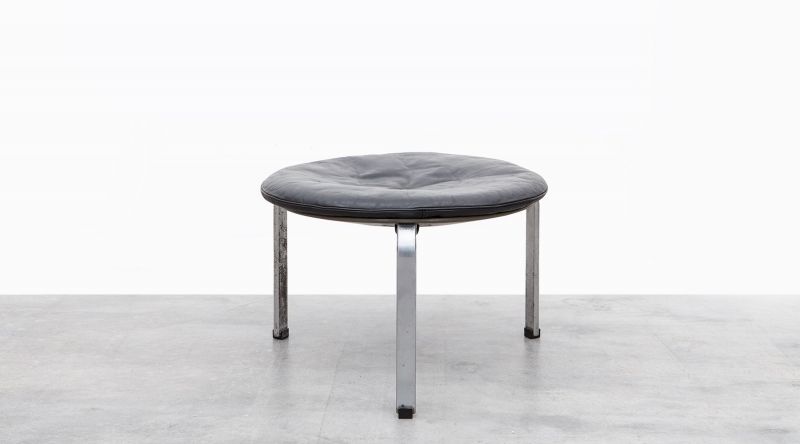 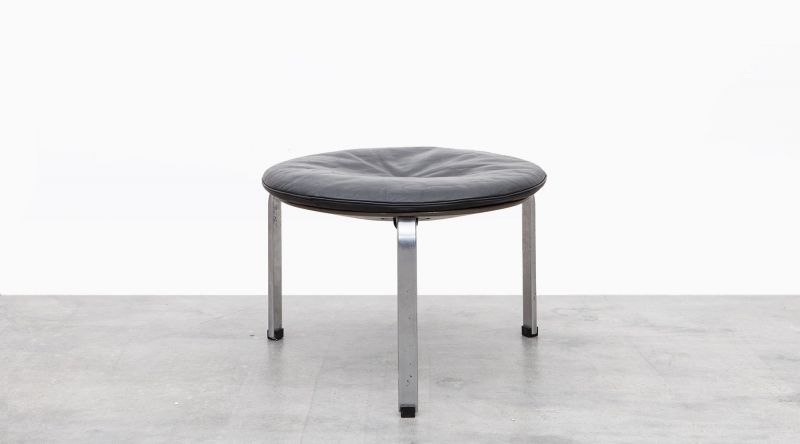