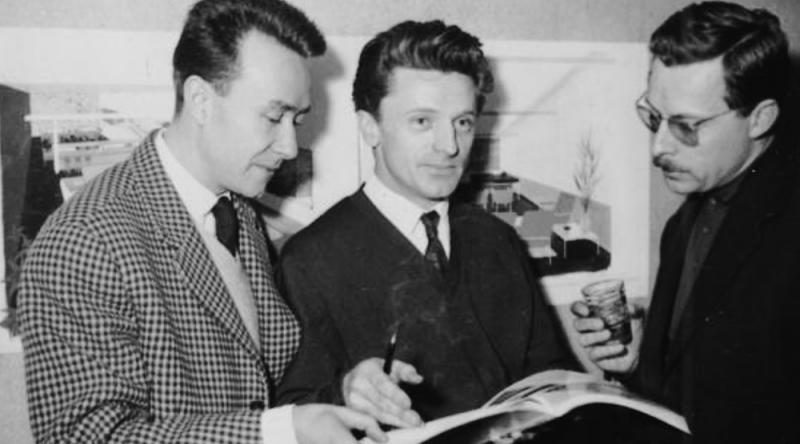 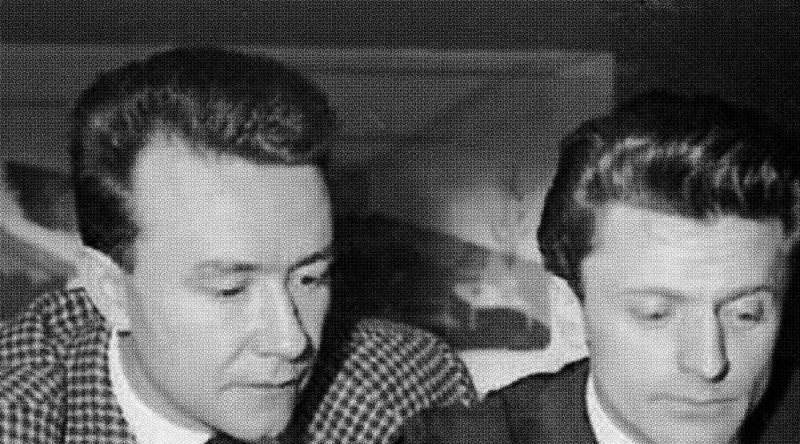 Pierre Guariche was a French architect, decorator and post-war designer. His most famous pieces include the lights for the French manufacturer Disderot. His designs formulate modern alternatives to traditional decorative french Arts and are characterized by minimal use of materials and clear forms and shapes.

Guariche was born in Paris in 1926, his parents are goldsmiths. He studies until 1949 at the Ecole Nationale Supérieure des Arts Decoratifs under Rene Gabriel. After graduation, he begins to work in the office of his professor Marcel Gascoin. After exhibiting in the MAI gallery, he is re-founded at the 1951 Airborne company for which he designs the furniture series Prefacto. Also in 1951 he designed the chair Tonneau for the furniture manufacturer Steiner. He works with his designer colleagues Joseph-Andre Motte and Michel Mortier from 1954 under the acronym ARP (studio of Recherches Plastiques) together. They explore new, innovative materials and design living, sleeping and nursery furniture for the Manufacturer Charles Minvielle.

In 1957 he takes over the post of Artistic Director at Meurop, for which he is elegant, afordable furniture designs. However, Guariche sees himself primarily as an architect and so he plans many Private houses and interior desings for shops and offices in the 1960s.
He worked on the design for the winter sports facility La Plagne and designed the interior
of the hospital firminy. Pierre Guariche teaches at the Ecole Nationale Supérieure des Arts Décoratifs and at the Ecole Superieure d 'Architecture in Tournai, Belgium. In 1965 he receives the Rene Gabriel Prize.