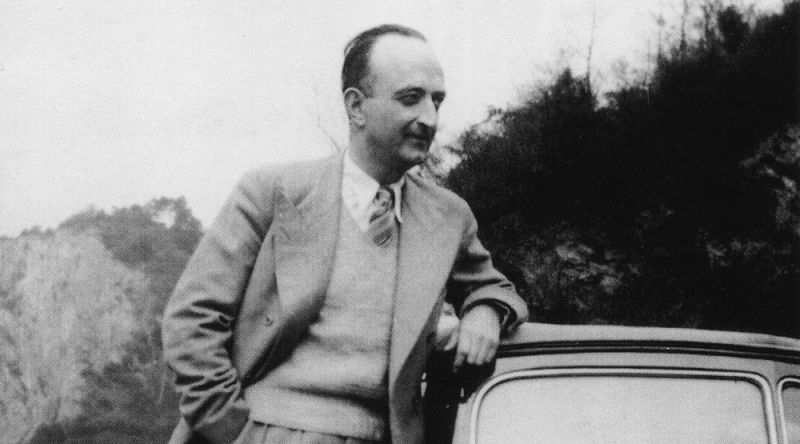 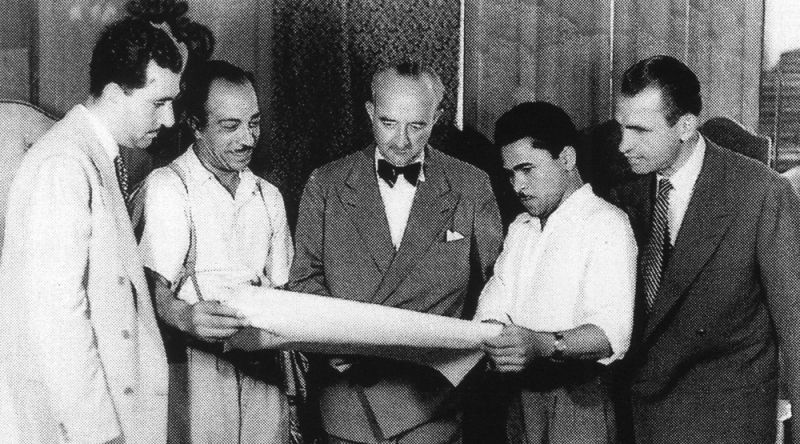 Born in Paris, at 29 he decides to trade his profession of a foreign trade businessman for the craft of interior designer. An autodidact with a good feeling for premises and furnishing, he works in various cabinetmakers' workshops in the Paris Faubourg Saint-Antoine. Success comes with him designing the Brasserie Carlton on Champs-Elysees in 1933. He then works with Pierre Gouffé until 1942. Jean Royere wins international reputation as interior designer for luxurious facilities in Europe, Latin America and the Middle East, innovative and with his idiosyncratic style - a mix of bright colors, curved shapes and noble materials.

After the Second World War Royere founds his own company and quickly decides to open branches in the Middle East and in Peru. His clients include, inter alia, King Farouk of Egypt, King Hussein of Jordan and the Shah of Iran, whose palaces he set up. In Europe, his furniture excites with clear forms and safeconfident handling of colors and materials. His designs, despite surprising solutions, are always functional.

Examples include his seating Boule, the couch Croisillon (1948), and the armchairs, he designed for the French embassy in Helsinki (1950), the sofa Ruban or the wooden double bed 'Quille' for the couple Balsan in Paris (1956). In 1953 he creates classic armchairs and the stool type Œuf.

Before emigrating to the US in 1980, Royere gave his entire archive to the Musee des Arts Decoratifs. One year later he dies in Pennsylvania.