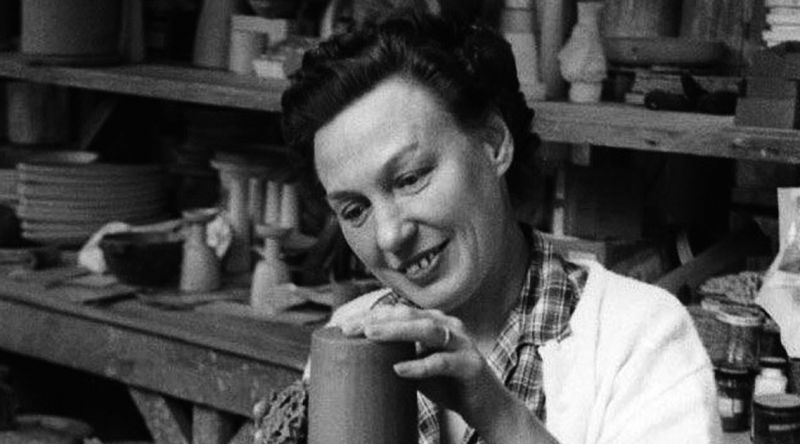 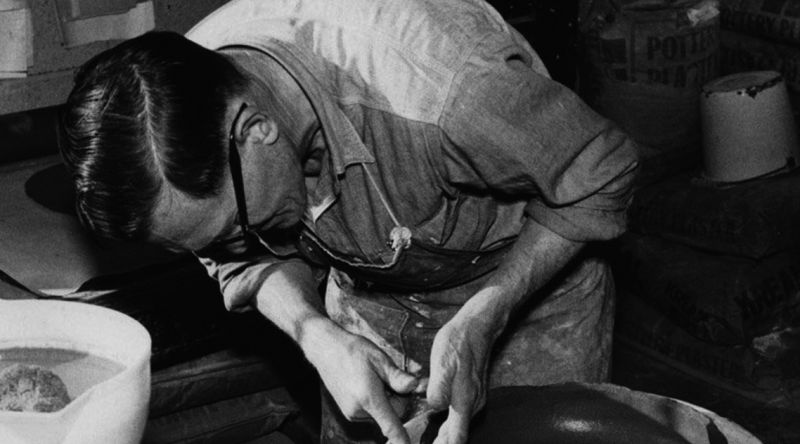 Gordon (1924 - 2015)  and Jane Martz (1929 - 2007) both studied at the New York State College of Ceramics at Alfred University and also met there. After graduating in 1951, they both moved to Veedersburg, Indiana where they became involved in the business of Jane's parents, Nicholas and Grace Marshall. Jane Marshall Martz came from the family that owned Marshall Studios, a lamp company founded in 1922 by Jane's grandmother, Jessie Marshall. The entrepreneurial story began with hand-painted lampshades, expansion led to lamp bases and so, for the time being, a small factory was established producing a deer of turned wooden lamps and hand-painted shades.

Gordon and Jane both enjoyed intensive education in ceramics and design and their talents were undeniably enhanced. Jane also needed the qualification as a base from which to expand and continue the family business. Gordon was able to devote himself to his interest in technical principles during his studies, which he later turned into practice. For example, during his studies he developed a formula using local clay from Veedersburg and commercial clay. A perfect mix for their pottery and ceramics. Gordon and Jane Martz found ways to make their ceramics look handmade under factory conditions. Confirmation also came from customers who appreciated and accepted their designs.

Jane and Gordon Martz reduced their decoration techniques to three simple methods that could be used in combination or individually. One way is to carve patterns into a freshly glazed piece before firing. A second technique was dipping, where an object was first dipped in a base colour and then dipped in other glazes at different depths for the layered effect. The third was brushing, where glaze was lightly or loosely brushed onto a piece while it was usually turned on a vertical lathe. All three techniques could be learned by almost anyone, but making them work professionally was a skill that Gordon and Jane had to work hard to teach to others.