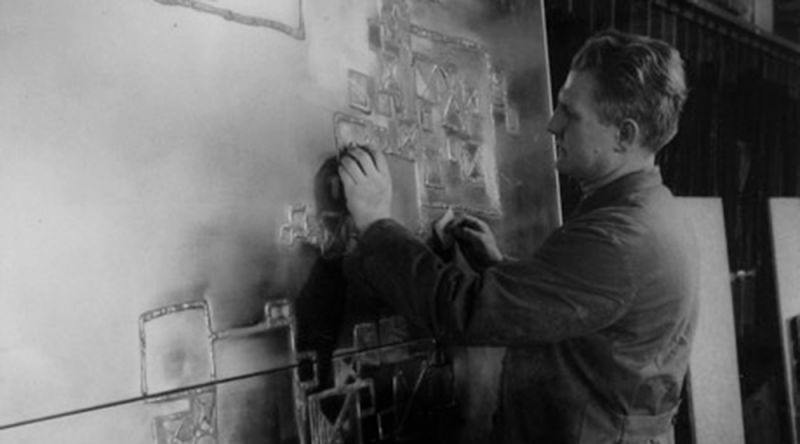 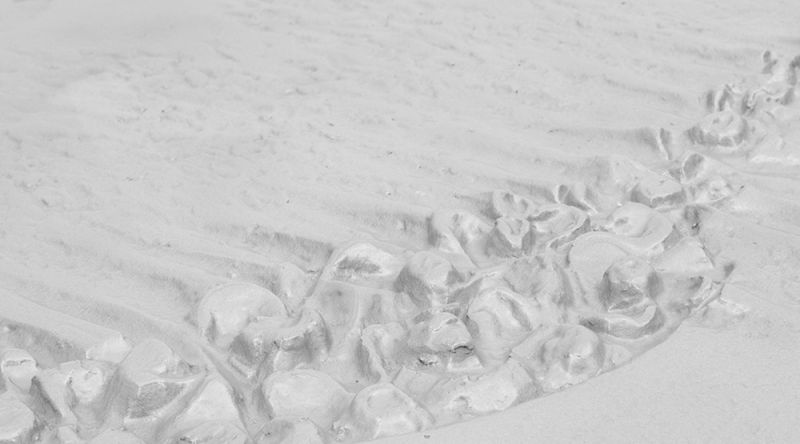 Heinz Lilienthal a German glass painter, furniture designer and decorator. As a glass painter he plays a major role in church building in the post-war years. Before Heinz Lilienthal is artistically active, he joins the Navy. He experiences the Bombing on Kiel and Wilhelmshaven and comes in British captivity. After the war he began to make drawings and watercolors, which he exchanged for some food. From 1946 to 1949 Lilienthal studied at the Staatliche Kunstschule in Bremen. While still a student, he gets his first assignment: the repair of im War destroyed windows of the Protestant parish in Bremen-Blumenthal. Lilienthal starts in 1949 with his first own workshop and in 1952 follows the studio for church art "in Bremen-Lesum.The motifs of his stained glass are both, representational and completely abstract. Lilienthal's sensitivity allows both languages to coexist harmoniously in a building.
In addition to stained glass Lilienthal increasingly designed table furniture and mosaics, as well Interior fittings for ships taht been used for the Greek shipowner Aristotle Onassis and Stavros Niarchos . On June 6, 2006 Heinz Lilienthal dies in Javea, Spain