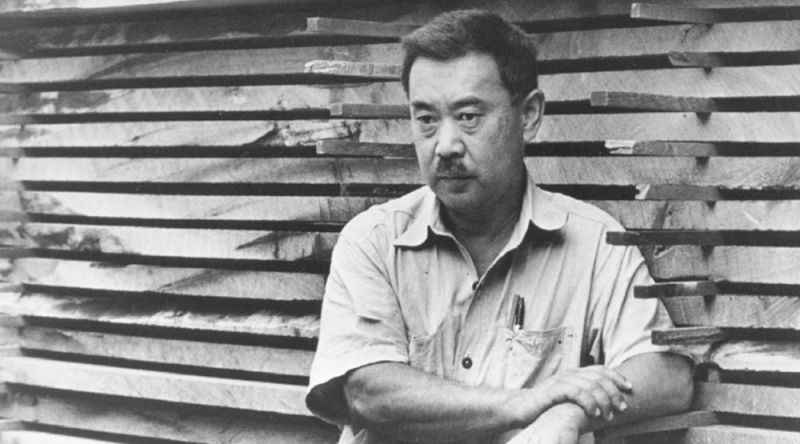 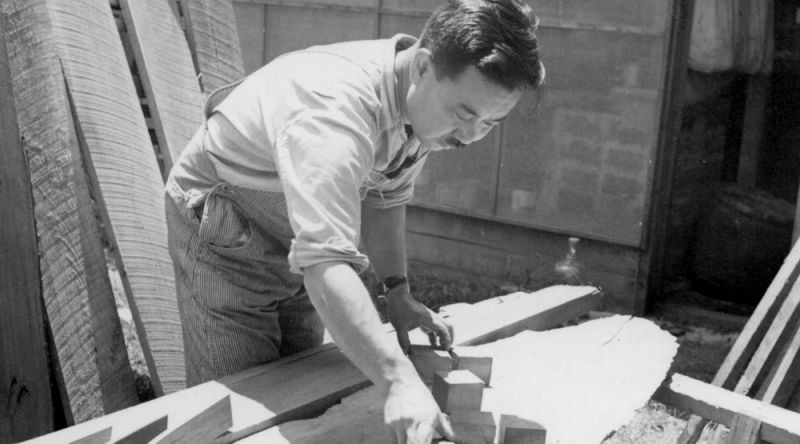 The architect, furniture maker and craftsman is considered one of the fathers of American craftsmanship. George Nakashima was born in 1905 in Spokane, Washington state.

After studying architecture at the Massachusetts Institute of Technology the 26 year-old bought a Round-the-World steamship ticket, spent a year in France, travelled North Africa and eventually to Japan. There he found work with the architect Antonin Raymond – and it was there he discovered his passion for wood. For the 1937 assignment to build a students' dormitory in India George Nakashima designed his first pieces of furniture.

In 1940 Nakashima returned to the USA and started teaching wood processing and producing his own furniture in Seattle. Like other people with Japanese background Nakashima was, although a US citizen, during Second World War taken to a US detention center in Idaho and imprisoned there. During his time in the camp Nakashima met Gentaro Hikogawa, who introduced him to traditional Japanese carpentry and taught him to perfect his skills in dealing with traditional Japanese tools and processing techniques. Working with him had a lasting influence on Nakashima. Through the recommendation of renowned architect Antonin Raymond George Nakashima was freed from the camp in 1943 and started working for prestigious manufactuers such as Knoll. Nakashima's style became legendary, many of his works are classics nowadays. 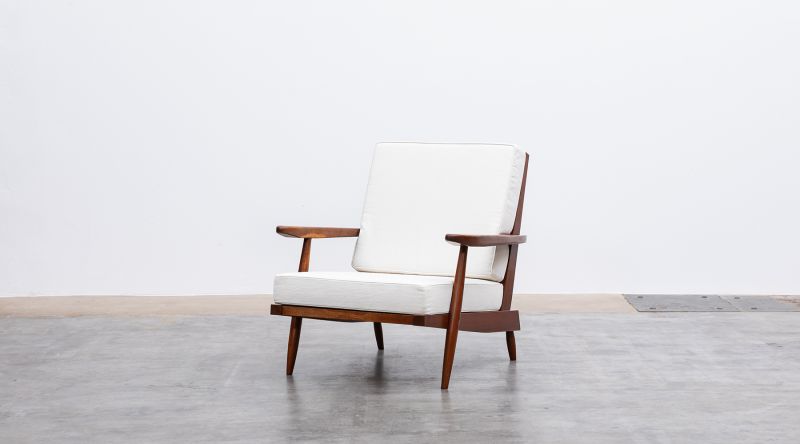