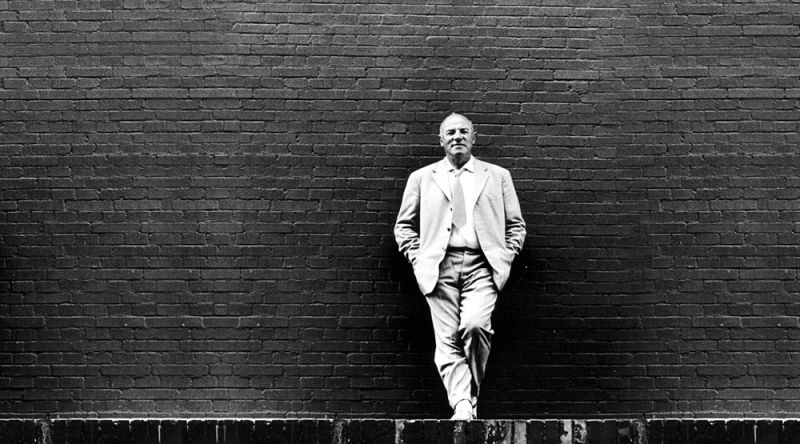 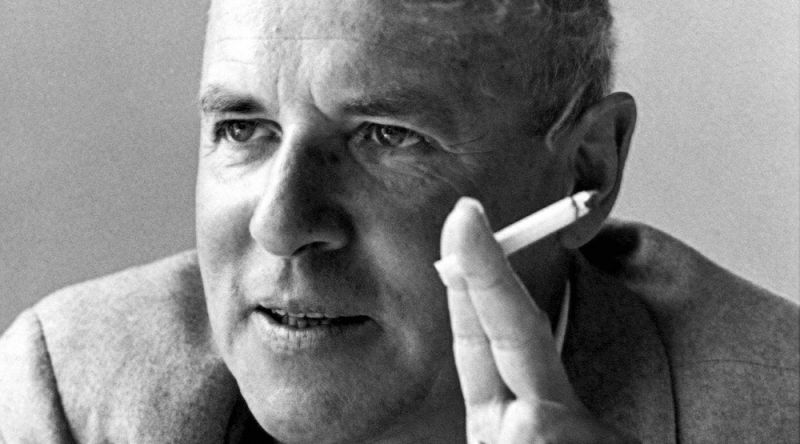 After finishing secondary school Egon Eiermann studied architecture at the Technical Academy in Berlin-Charlottenburg. His most important teachers were Heinrich Tessenow and particularly Hans Poelzig, whose master scholar he was. After graduating in 1927 Eiermann first works in Karstadt's Inc. building-site office in Hamburg, then for Bewag in Berlin. In his first building already, a transformer station for Berlin electrical supply company Inc. in 1929, Egon Eiermann acts out the vocabulary of forms, which he will keep using for his industry buildings: clear cubes, reinforced concrete construction covered with bricks. From 1931 to 1945 he works as  self-employed architect in Berlin. Eiermann co-founds the German Design Council, for which he designs the German department of the Milan triennial in 1954. After the war, in 1947, he was appointed to the Department of Architecture of the Technical University of Karlsruhe, where he also has his architectural office until his premature death in 1970.

As university teacher and master builder Egon Eiermann became one of the most distinguished post-war architets in Germany. The most significant examples of his comprehensive oeuvre are residential buildings in the 30s, the Blumberg handkerchief weaving mill in 1951, the Matthäus church in Pforzheim in 1953, the German pavillion for the world exhibition in Brussels in 1958, the new Kaiser Wilhelm Memorial Church in Berlin in 1961, the German embassy in Washington in 1964, das office building for the members of Bundestag in Bonn in 1969 and the office buildings for IBM and Olivetti in Stuttgart and Frankfurt in 1970.

Eiermann was not only appreciated as architect, he also strongly and lastingly influenced the coming generation in furniture design. Eiermann was the first to develop serial furniture in Germany after Second World War, bearing comparison with international standards in form and functionality. It is thanks to him, that Germany after the phase of nationalsocialist isolation could tie in with its past and join the circle of outstanding design nations.