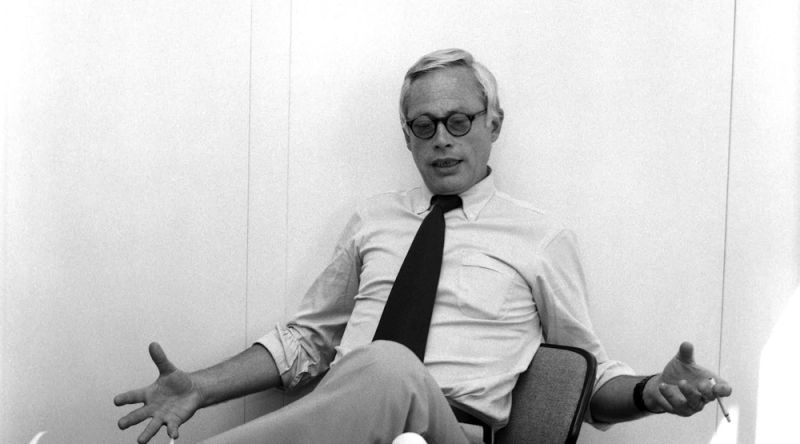 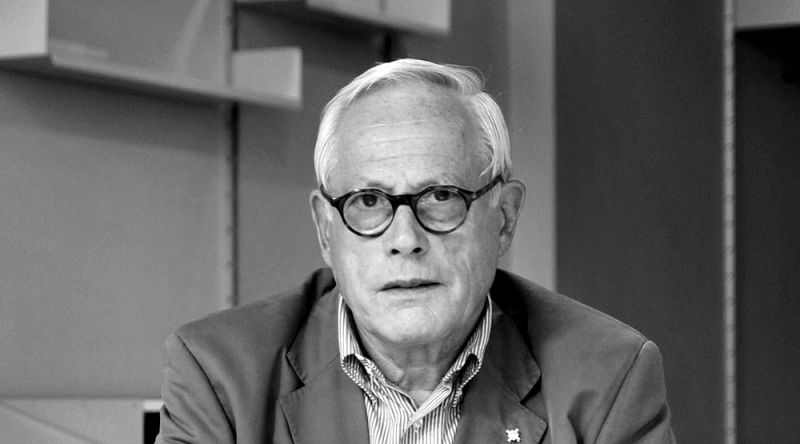 Dieter Rams, born in 1932 in Wiesbaden, is a German industrial designer of modernity. His designs aim at clarity in form, appropriate materials and ease of use. After World War II Rams studied architecture and interior design at the Arts and Crafts School Wiesbaden until 1953, interrupted by a training as carpenter. From 1953 to 1955 arbeitete among other things Rams worked  in  Otto Apel's architecture office. Since 1955 Rams worked for  the manufacturer of electric appliances Braun, first as architect and interior designer.

Braun's design department, led by Fritz Eichler at that time closely cooperated with the Ulm School of Design, among others with Hans Gugelot and Otl Aicher. Rams’ talent was swiftly discovered and he was involved into designing. One result famous still today was the Phonosuper SK4 (1956), the plexiglass cover of which led to its nickname „Snow White's coffin“. From 1961 to 1995 Rams headed Braun's design department. He and his team were responsible for many trailblazing electric appliances in 20th century.

Rams also designed furniture, from 1957 for Otto Zapf company, which shortly after was renamed Vitsoe + Zapf. Since 1969 the company's name is simply Vitsoe. He designed several systems of modular furniture, which got numerous awards. Among the most popular ones the universal shelving system 606 (1960) and the armchair program 620 (1962). Among more recent designs the coatrack program 030 (2003) and quartetto table program 010 (2001). In 1964 works of his were shown in the Industrial Design despartment of documenta III in Kassel. In the late 1960s Rams collaborated on preliminary plannings for the modern bungalow settlement at Roter Hang (red hillside) in Kronberg/Taunus. The project was eventually seen through around 1970 by Königstein architect Rudolf Kramer and Frankfurt property developer Polensky and Zöller.

From 1981 until retirement in 1997 Dieter Rams was professor for industrial design at the Hamburg Hochschule für bildende Künste (Academy for Fine Arts). 1987 - 1997 he was president of the German Design Council. Since 2003 Rams is advisor for the design magazine Form. Quotations of his design forms can be found for instance in Apple products.

Rams had several international exhibitions and was honored worldwide. In 1991 the London Royal College of Art awarded him an honorary doctorate. Several devices and pieces of furniture designed by him are in the New York Museum of Modern Art's collection. Dieter Rams is distinguished affiliated professor at the Munich Technical university's faculty of architecture.