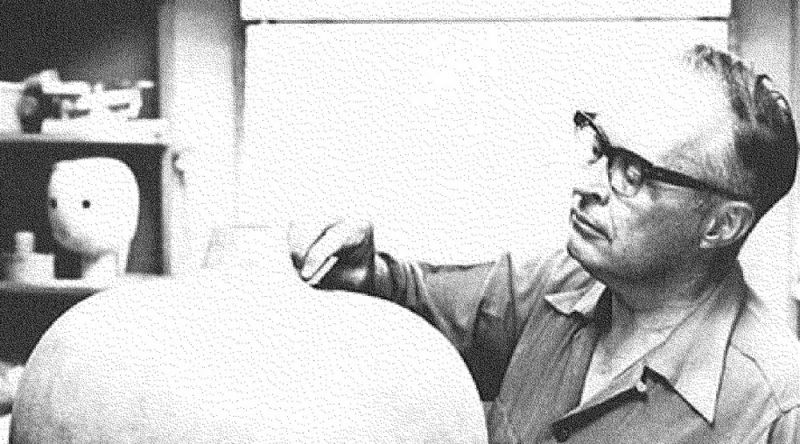 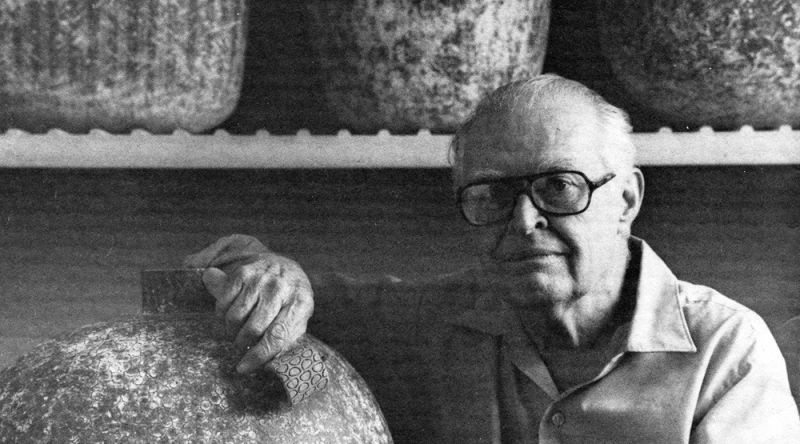 Born in Pittsburgh and educated at the Cleveland Institute of Art, Conover worked as a commercial designer for over 30 years before turning full-time to ceramics, the techniques of which he taught himself.

The majority of Conover’s works are variations on a single form – a vase or vessel with curved body and narrow neck. He does not throw these pieces on a wheel but constructs them from rolled clay slabs, patted and smoothed into place by hand. Although Conover’s large impressive pots are his best work, he also made other forms, such as bowls, lamps, and ceramic animal sculpture.

After giving up employment to devote all his time to ceramics, Conover puts himself on a seven-day schedule. His working process is the result of those many years spent as a commercial artist. In this way he produces six pots every week and about 250 objects a year.

Conover displays his work in the annual juried May Shows at the Cleveland Museum of Art and at other exhibitions around the country. In 1983, he is the recipient of the prestigious Cleveland Arts Prize in Visual Arts. The same year Fred Griffith makes a television documentary on the potter titled The Bottle Maker, rather a simple title for the complex constructions that emerged from Conover’s studio.

Over his lifetime his work gets shown in almost 50 exhibitions in museums across the country and his pieces are found in numerous public, private and corporate collections. 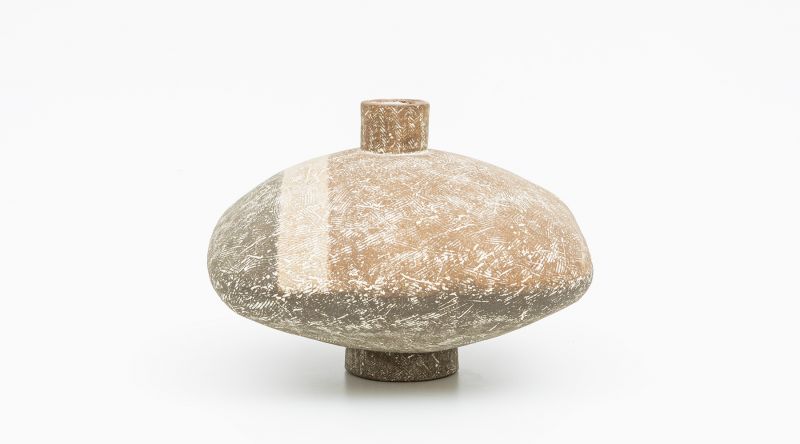