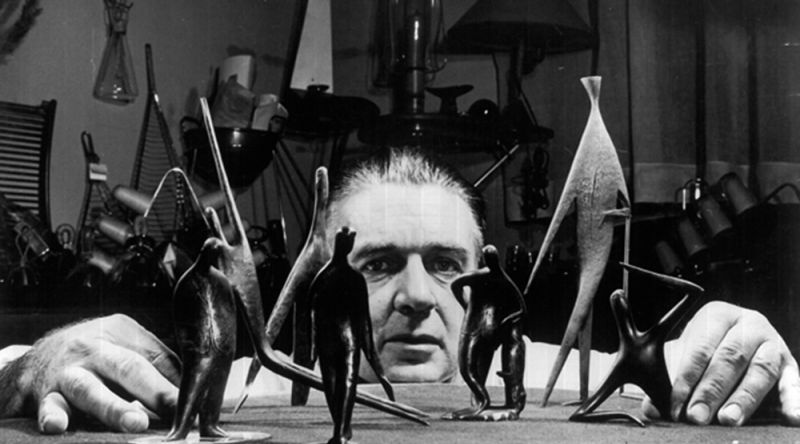 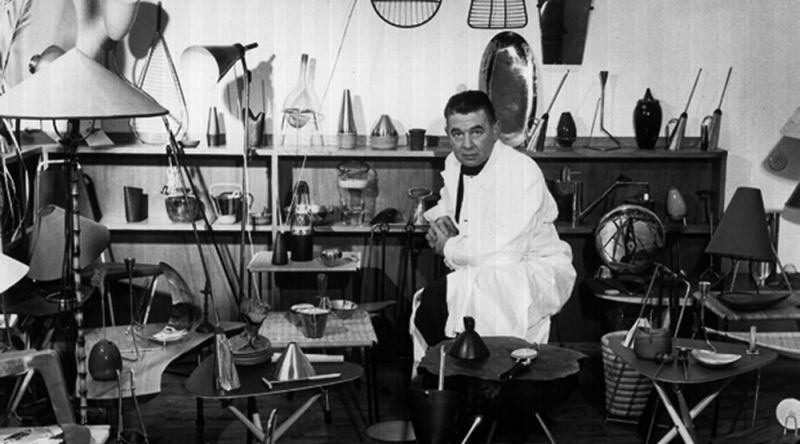 Carl Auböck was an Austrian industrial designer, architect and university professor.
The workshop Carl Auböck, which was run by him, was originally founded in 1912 as a metal workshop founded by Karl Heinrich Auböck (1872-1925). They were famous for the Production of the Wiener Bronzen, as well as for their characteristic, modern Accessories
in the midcentury period.

Carl Auböck was born as the son of the eponymous painter and designer in Vienna. He makes at first a apprenticeship as a Gürtler according to his family tradition. Afterwards he studied architecture at the Technical University of Vienna from 1943-1949 and subsequently at MIT. There he learns later modern design icons such as Charles and Ray Eames, Benjamin Thompson, George Nelson, Herbert Bayer and Walter Gropius. Back in Vienna he teaches his father, who himself studied at the Bauhaus, the modernist currents in design and it starts a fertile Collaboration. In 1957 his father dies. Carl Auböck takes over the management of Family business and leads it to international awareness in the mid-20th century.

He works with luxury brands like Hermès and Pierre Cardin and the Products are sold in luxury department stores and international retailers such as Tiffany & Co., Saks Fifth Avenue and Bloomingdales New York, Ginza Shiseido Tokyo, Harrods London and Christofle in Paris. After his death in 1993, the company is runned by Carl Auböck and his wife Justine.