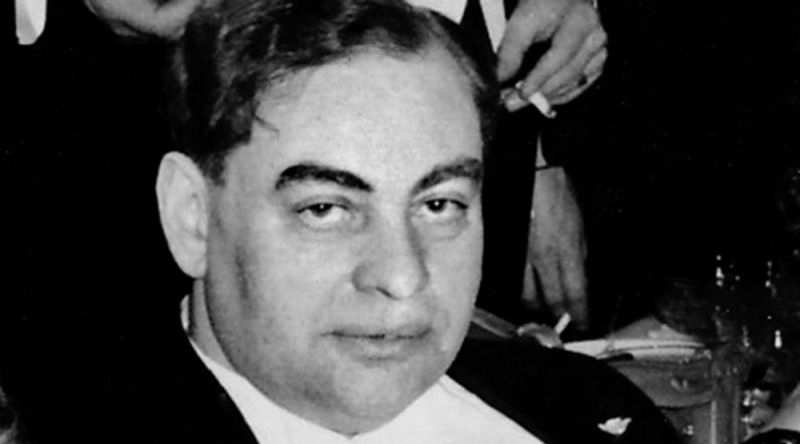 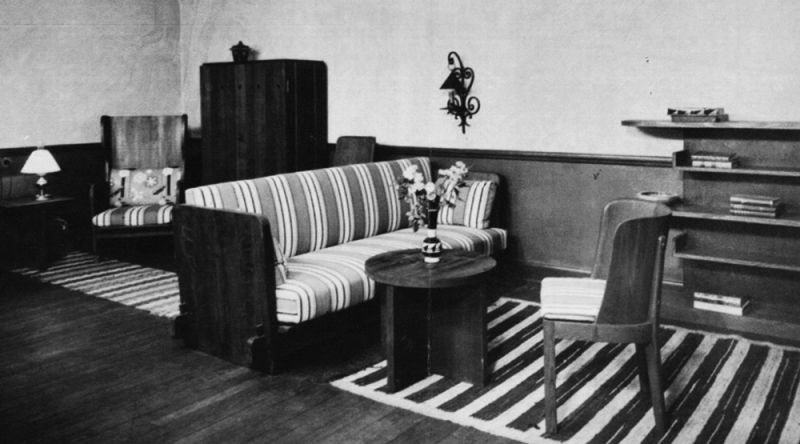 Axel Einar Hjorth was a Swedish architect and industrial designer. He contributed significantly the reputation and international breakthrough of Swedish design.
Throughout in his career he uses a variety of styles.

In 1908 Hjorth moved to Stockholm and studied architecture and design at the Högre Konstindustriella Skolan. When his foster father died, Hjorth breaks off his studies.
Nevertheless, he finds a decent job in 1918. So he designs furniture and interior for the city of Stockholm at the Stockholm City Trade Association. Between 1918 and 1929, his design still has neo-classical features. In the 1920s Hjorth worked together with various furniture manufacturers. In 1923 he is the head of the assembly area of the anniversary exhibition in Gothenburg. While his design between 1918 to 1929 is still marked by neoclassicism, Hjorth gets more and more inspired by the French Art Deco between 1927 and 1938, still using the form language on the basis of Swedish conditions. Therefore Hjorth often uses fine and expensive materials and combines them with bright colors and textiles. From woods such as oak, birch and rosewood there arise slim furniture like Tables, cabinets, chairs and sofas.

In 1927 Hjorth became chief architect and designer of the Nordiska Kompaniet (NK) department store in Stockholm. NK is considered at that time as one of the major manufacturers of modern furniture in Sweden. In addition to designs for the everyday department store customers, he and his Team also design for private clients, including  the Shah of Persia for example. In the 1930s, Axel Einar Hjorth designed pine furniture for specially designed Summer furniture houses. In 1938 he leaves the NK and devotes himself to his own projects. Hjorth dies in 1959 in Stockholm. 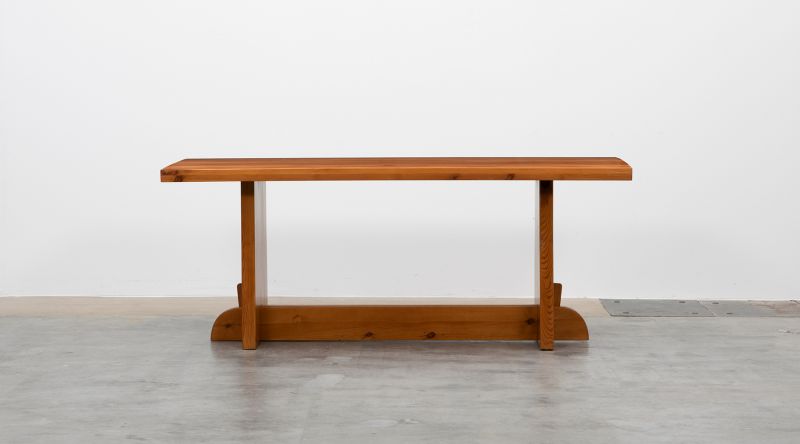